Who cares for you?

Turning Point devotion: And Jesus answered and said to her, "Martha, Martha, you are worried and troubled about many things."Luke 10:41

If you could wear a tape recorder around your neck for one week—one that recorded every word you spoke for seven days—how many times would it record the word "worry?" "I'm worried about you—what's wrong?" "I've been worrying about her for weeks and haven't known what to do." "I worry that we won't be able to pay for John's medical bills since we don't have insurance."

A 1996 book by Richard Carlson was titled Don't Sweat the Small Stuff—and It's All Small Stuff. A point biblically taken. That doesn't mean there aren't important issues in life and serious decisions to be made. It's just that worrying about them (sweating them) does not make any impact on the outcome. As Jesus said in Matthew 6:27, "When did worrying ever add anything to your life?" (paraphrase) Answer: never. Worrying is a form of stress, and stress is bad for you. Instead of worrying, do something that is good for you: Commit all your concerns to the Lord in prayer and let His peace guard your heart and mind in Christ Jesus (Philippians 4:6-7).

When we are in difficult moments in life, it's easy to forget: God cares more than we care (1 Peter 5:7).

Worry is an indication that we think God cannot look after us. Oswald Chambers
at 10:54 AM 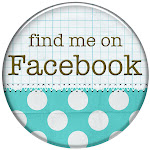 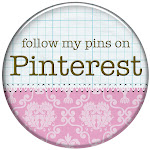